The RETROS team studies LTR retrotransposons, genetic sequences able to amplify in genomes. We analyze their response to external stresses et interspecific crosses, and their impact on genome adaptation/evolution in a changing environment.
GENOMES ADAPTATION & METABOLISM Stress
Biological Question
The discovery of transposable elements (TEs) by B. McClintock has been a major a major shift in our concepts of heredity. These ubiquitous genetic elements are able to move around the genome their host genomes and to induce mutations and genetic restructuring. Their activation respond to precise instructions originating from the TE itself or the host organism, and from external factors, updating the possibility of TE-mediated environmental influence on genome structure. Furthermore, recent discoveries show that TEs could act as regulatory modules on the expression of cellular genes.

By creating genetic diversity and acting as sensors for external stimuli, TEs could thus at the same time play important evolutionary functions on genome structure and function, and be involved in host organism response to environmental fluctuations. This response may be particularly crucial for plants that cannot escape these fluctuations. TEs are thus fascinating study models for gene regulations and for evolution. Our main research activities are located at the very core of this field, and focus on a particular type of TEs, the LTR retrotransposons (LTR-RTs), that form the major component of plant genomes.

Models, tools and methods
LTR-RTs are structurally related to animal retroviruses and amplify through reverse transcription of a template RNA. They are bounded by two LTRs (Long Terminal Repeats) that contain a promoter and the regulatory regions involved in their transcription.

The RETROS team was created after our discovery of the very first functional LTR-RT of plants, the Tnt1 element of tobacco (Nicotiana tabacum).

Over the years, the team has developed various research lines, whose common thread is the study of LTR-RTs impact on hosts, ranging from the control of their expression and amplification, up to their transcriptional impact, and including their molecular evolution and their use as biodiversity markers.

We have demonstrated for the first time the activation of a plant retrotransposon (Tnt1) by external stress such as microbial factors or wounding and the similarity of its LTR regulatory regions with those of plant defense genes.

We have also observed that Tnt1 populations are evolving like viral quasi-species, through modulation of their regulatory regions and acquisition of new regulations. We also developed the analysis of insertion polymorphism (SSAP or Sequence-Specific Amplification Polymorphism) to monitor LTR-RT mobility, and demonstrated that microbial factors activate Tnt1 amplification and thus generate genetic diversity.

We showed that the tobacco formation has been associated with an important turnover of LTR-RT sequences. Tnt1 amplification is activated in "synthetic" tobacco recreated by de novo crosses between the two extant diploid parental species. These results suggest that the LTR-RT content of a plant species is influenced by its evolutionary history, with rapid turnovers associated with allopolyploidization events. We exploited other allotetraploid Nicotiana species to demonstrate that allopolyploidy-associated TE activation is correlated to parental TE divergence levels, thus confirming for the first time B. McClintock hypothesis that TE activation by genome shock is correlated to the confrontation of the divergent parental genomes.

We are currently developing projects to evaluate the functional impact of LTR-RTs on the expression of tobacco genes. We have demonstrated that LTRs of several elements can initiate, in stress conditions, chimeric cotranscripts extending into adjacent sequences (cf Figure 1). By modulating adjacent genes, LTR-RTs could thus play a role in the host response to various stimuli.

Recent years have represented a new shift in our research lines, thanks to the recent publication of genome drafts of tobacco and its parental diploids. This allows us to characterize new LTR-RTs and to upgrade our analyses towards the genomic level. We have developed a collaboration with URGI (Unité de Recherche Génomique Info) to implement the REPET pipeline for de novo characterization of the TE component of tobacco and its parental species, and to better characterize insertion site turnovers associated with tobacco formation. We have also produced transcriptomic data (RNA-seq) to compare the stress responses of multiple LTR-RTs and the associated production of chimeric transcripts. Our major objective is to evaluate whether chimeric LTR-RT transcript production is involved in differential changes in the expression of orthologous genes transmitted by each parent, frequently observed in allopolyploids. Such differential changes indeed prevail in situations of stress and environmental modifications, and may facilitate adaptation of the new hybrid species. Indeed, allopolyploids frequently display rapid range expansion and good adaptation to new environments. Under external challenges, LTR-RTs may thus diversify the global stress response of hybrids and be involved in their evolutionary success.

Societal and economical impacts
Allopolyploidy is a major plant speciation process, and has generated many plants of agronomic interest (wheat, maize, coffee tree, rapeseed, banana, cotton, tobacco) as well as many invasive plants that are a threat to natural biodiversity. Our research lines open innovative insights allowing a better understanding of the LTR-RT impact on the evolution of allopolyploid plant species and their response to environmental challenges such as global climate change.
In addition, insertion polymorphisms generate useful molecular markers for the analysis of genetic diversity, and we have exploited them for the evaluation of industrial collections and germplasm resources of various Solanaceae species. 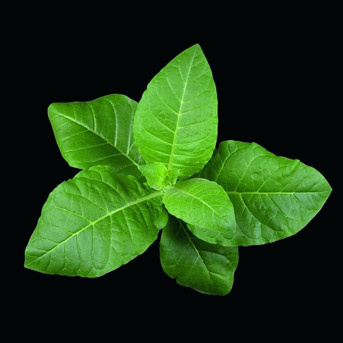