Researcher in the team SATURNE, I am interested by the genetic variability of nitrogen assimilation and remobilization processes in plants, leaf senescence and seed filling, as well as by the adaptation of the nutritonnal fluxes to the environment.
adaptation and metabolism nutrition stress quantitative genetics
I am head of the BEAM department (Biomass, Environment, Adaptation, Metabolism) with Dr. Sylvie Coursol (head) and Dr. Matthieu Reymond (deputy head), at Institute Jean-Pierre Bourgin.

Nitrogen is an essential nutrient for the synthesis of amino acids, proteins and many other metabolites important for all living organisms. The metabolism and growth of plants depend directly on the amount of nitrogen assimilated and then redistributed from the leaves to new developing organs, such as fruits and seeds. Environmental constraints, heightened by the desire to develop more environmentally-friendly agriculture or climate change, have a profound influence on the yield and composition of seeds, and even disrupt the efficiency of nitrogen use ( NUE) of cultivated species. In this context, I develop my research according to three major axes based on the analysis of genetic diversity, mainly in the model plant Arabidopsis but also in wheat and barley:
1. Analysis of the genetic variability of nitrogen assimilation and recycling processes in plants. I explore the genetic diversity of natural genotypes to better understand the genetic basis of the regulation of primary metabolism.
2. Characterization of the plasticity of nitrogen flows in the plant and their responses to the environment. The different natural accessions of a plant species show a fantastic diversity in their capacity to assimilate and remobilize nitrogen from the soil, through the roots and then the leaves, to the seeds. These flows are greatly modified to allow the plant to adapt their growth to different biotic or abiotic stresses in the environment. I study this complexity to better understand the genetic bases of the interactions between the genotype and the environment (GxE interactions) which manage the mechanisms of seed filling.
3. Study of the kinetics of nitrogen fluxes during leaf senescence or filling of seeds. The senescence of the plant organs and the mobilization of the elements are processes which evolve according to the time and the age of the plant. Using modeling tools, I aim to better characterize the kinetic parameters of senescence and the remobilization of nitrogen from leaves to seeds in order to identify the genetic factors that manage these processes over time. 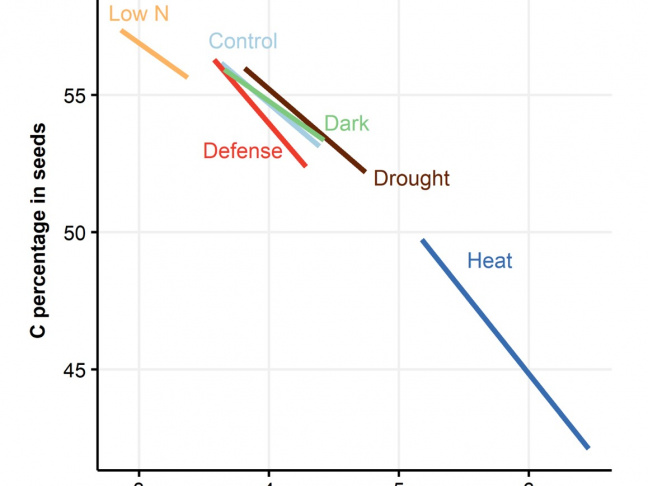 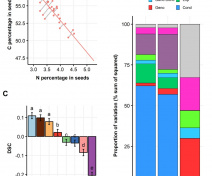 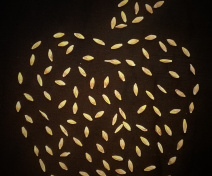 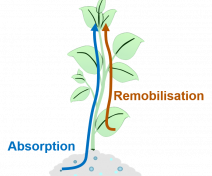 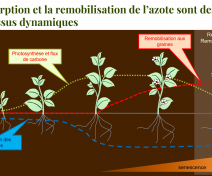 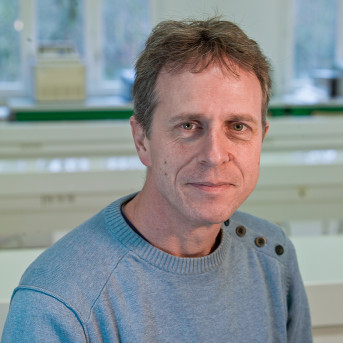