I’m fascinated by the, often extra-ordinary, adaptations of plants to their sessile life style. Growing plant organs have a hydrostatic skeleton consisting of pressurized cells surrounded and connected by strong cell walls. The presence of these walls imposes specific adaptations to allow growth without succumbing to the stresses imposed by the turgor pressure of the cells.

The cell wall is also instrumental in the response of the plant to abiotic and biotic stresses.

Finally plant cell walls are major constituants of food, feed and fibers and thus have immense economic importance in particular with the emergence of a bioeconomy based on renewable carbon sources.


I have the Dutch nationality and I studied biology at the Universities of Ghent and Brussels in Belgium. I started my PhD work just after the discovery in 1983 by Marc Van Montagu and Jeff Schell in Ghent that Agrobacterium tumefaciens can be used to genetically transform plant cells. I joined the start up company Plant Genetic Systems inc., in Ghent where I contributed to one of the first applications of plant transgenesis:  the development of tobacco plants tolerant to the tobacco hornworm by the expression of an insecticidal protein from the soil bacterium Bacillus thuringiensis.

After a postdoc with Maarten Chrispeels at the University of California, San Diego during which I studied intracellular trafficking of membrane proteins, I moved to Versailles to work for INRA in 1992 in the group of Michel Caboche to work on the novel model plant Arabidopsis thaliana.

The study of mutants with growth defects made me realize the importance of the cell wall for plant development and how little was known about the metabolism of this compartment. Since then, my work and that of my team has been focused on the elucidation of the processes underlying the synthesis, assembly and modification of cell wall polymers that enable the cell to expand. 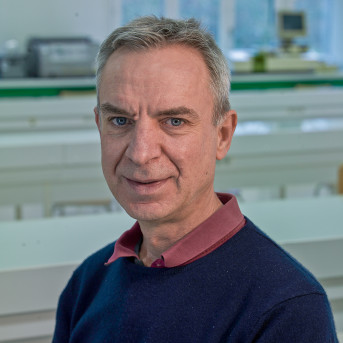