An INRAE-led research coordinated by Marine Froissard, "Cell Différenciation and Polarity" Team in collaboration with Yann Gohon équipe "Dynamics and Structure of Lipid bodies" has developed a new multimodal imaging method that combines different microscopy techniques used at the SOLEIL synchrotron (France) and the ALBA synchrotron (Spain). This method was used to gather complementary information about the composition and structure of lipid droplets in yeast cells. One of its advantages? It does not employ any chemical markers or fixing agents, which can potentially damage cells. The results of this research were published on May 4, 2020, in Journal of Synchrotron Radiation.

The body is made up of different organs, which all have crucial roles. In the same way, the cells of complex organisms are composed of different organelles with distinct functions, ensuring cell viability. Among these organelles are lipid droplets. Lipid droplets have been the focus of intense study because they play a role in several diseases, including diabetes and obesity. The lipids found in the droplets are of interest to the food industry (e.g., for making vegetable oils), the green chemistry industry (e.g., for making biodiesel), and the cosmetics industry (e.g., for making soaps and lotions containing vegetable oils). Diverse lipids are present within the droplets, although triglycerides and cholesterol esters predominate and are responsible for droplet structure. Thus, clarifying the structure and composition of lipid droplets has important practical consequences.

Current methods for studying the internal structure of lipid droplets destroy cells. These methods have led to major discoveries about the structure and composition of individual droplets or droplets observed in sectioned cells. It is now necessary to develop new imaging tools to more comprehensively study how the droplets function and interact with other organelles within intact cells.

First, researchers used cryo soft X-ray tomography (employed at the ALBA synchrotron) to analyse yeast cells exposed to ultrarapid freezing (i.e., vitrified yeast cells). This x-ray-based technique makes it possible to study the internal architecture of cells at the nanometric scale (i.e., one billionth of a metre). More specifically, the technique can reveal organelle arrangements and interactions. Lipid droplets strongly absorb x-rays and can thus be clearly seen in the resulting images.

Second, researchers used deep-UV imaging (employed at the SOLEIL synchrotron). This technique does not require any special preliminary procedures and allows researchers to observe living cells at micrometric to nanometric scales (i.e., from one millionth to one billionth of a metre). Consequently, it can be used to observe the dynamics of internal cellular processes. The challenge was to adapt this technique for use on yeast cells, which are 10 times smaller than plant or animal cells.

Cryo soft X-ray tomography showed that the structure of lipid droplets changed depending on their composition. Deep-UV imaging provided information about the structure of and contact between organelles in a living yeast cell at a scale of around 100 nanometres, without the need for any chemical markers. The researchers also developed specific procedures for combining different UV imaging techniques (i.e., based on the transmittance and fluorescence of tryptophan and tyrosine, two amino acids) with a view to studying living cells.

By using cryo soft X-ray tomography and deep-UV imaging in tandem, the researchers were able to obtain complementary information on cells at the micrometric to nanometric scale. The x-ray-based imaging technique can be used to explore the detailed structure of cell organelles. In contrast, the UV-based imaging technique can be used to characterise biological processes within cells (e.g., cell division); determine the fate of molecules that originate from outside the cell; and examine cellular responses to stress. This new non-invasive cell imaging method could also be used to analyse other types of cells, notably plant or animal cells, and could thus prove beneficial to other synchrotron researchers and biologists in general. The method will make it easier to build a new organelle atlas in living cells.


The SOLEIL synchrotron and its relationship with INRAE
The SOLEIL synchrotron is a large research facility where scientists study matter via its interactions with light. At the SOLEIL synchrotron, researchers can exploit a diversity of spectroscopic methods that utilise a wide range of the electromagnetic spectrum, from the far infrared to UV to hard x-rays.
INRAE is linked to SOLEIL by two engineers, who dedicate themselves to SOLEIL-specific research; a research coordinator; and the scientific advisory board of INRAE users at SOLEIL (the Conseil Scientifique d’Utilisateurs [CSU]). INRAE scientists who want to carry out research at SOLEIL must first send their project proposals to the CSU, which inventories potential projects. It also helps researchers refine their proposals, choose the appropriate program committee, and reduce research overlap. The proposal is then submitted via the Sunset platform. Calls for proposals take place twice a year: the deadlines are February 15 and September 15. 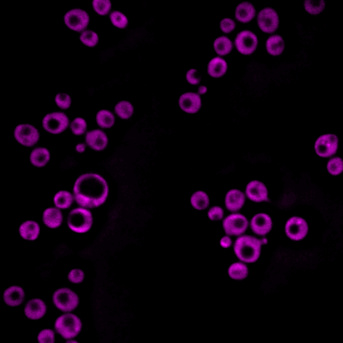