The evolution of the seed habit, 'a nucellus story' 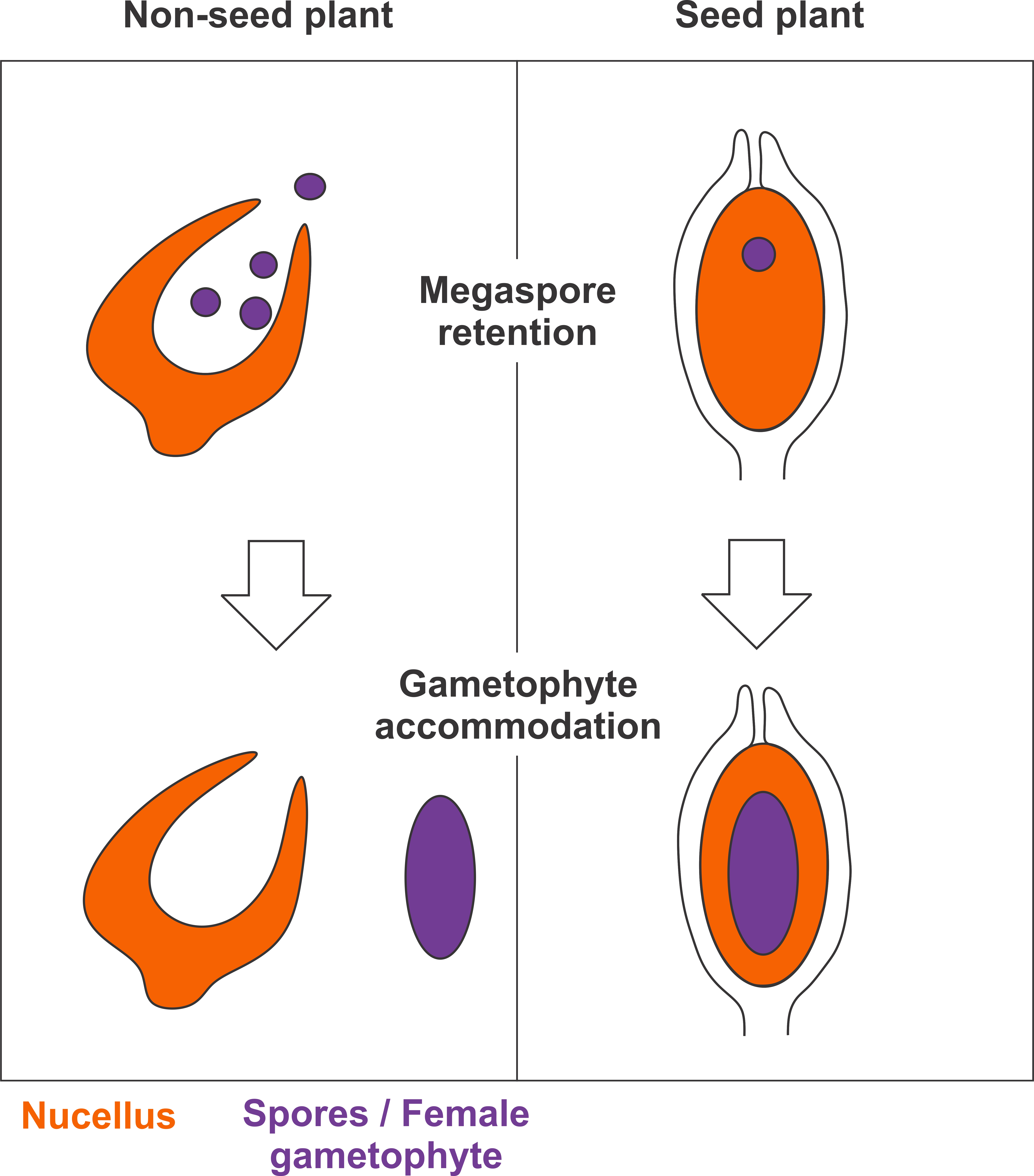 Nucellus elimination has been also key in the evolution of different seed architectures. In gymnosperms, which undergo a single fertilization event to give rise to a zygotic embryo, the nucellus is eliminated and replaced by the female gametophyte, the main storage tissue. Angiosperms seeds display two fertilization products, embryo and endosperm, and the nucellus is either consumed by the endosperm (endospermic seeds, such as cereals and Arabidopsis) or retained (perispermic seeds, such as amaranth) to store nutrients at the expense of the endosperm. The nucellus plays, therefore, a prominent role in seed tissue and nutrient partitioning through the process of cell elimination, the complete elimination, including the cell wall, of unwanted cells. 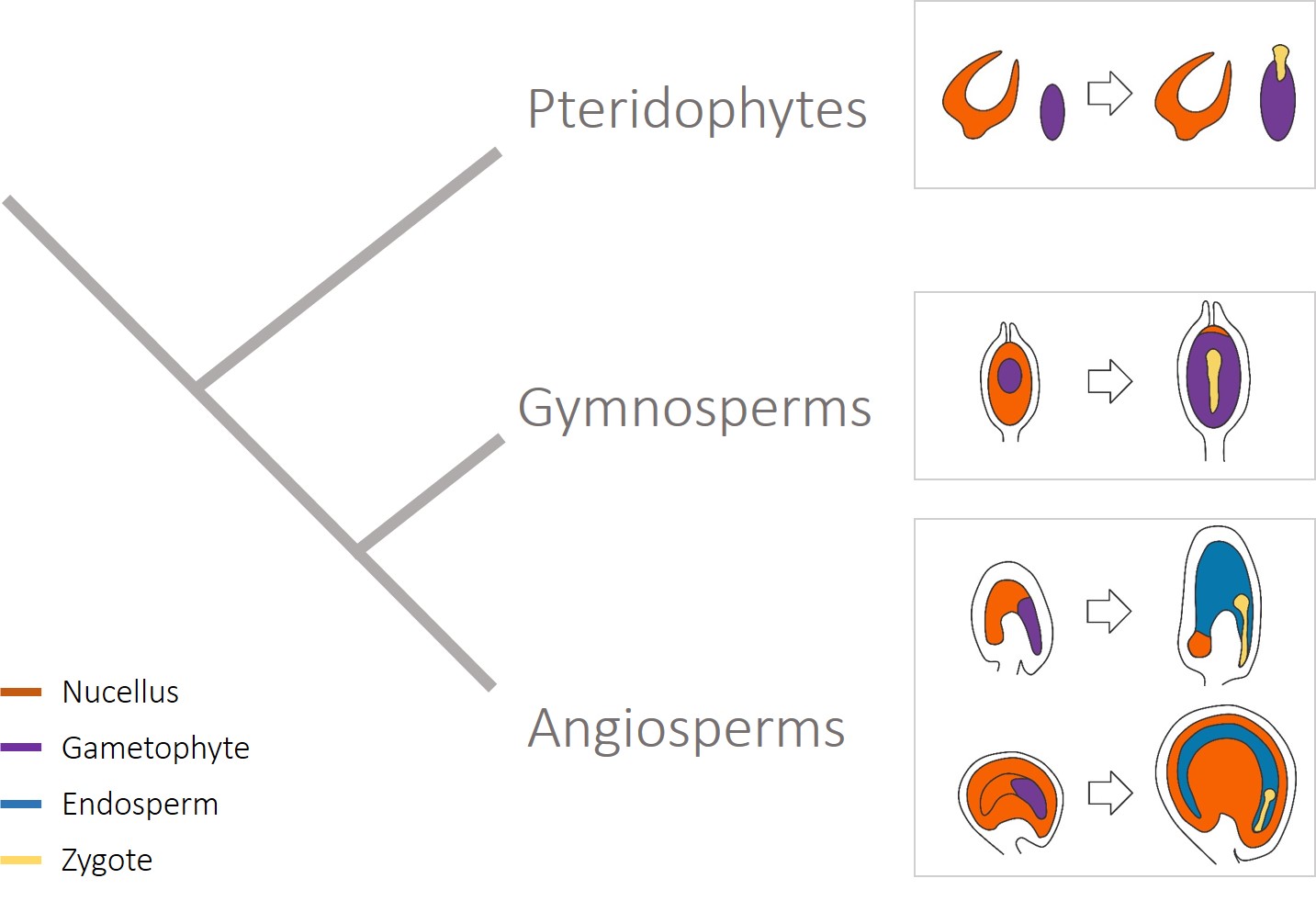 My research refocuses the attention on the defining moment in seed evolution, a change in nucellus cell fate, and its further developments. Nucellus elimination programs changed several times during evolution, thus indicating that a limited number of genes might be responsible for such a genetic switch. I have, therefore, started to approach the evolution of the seed habit by genetic means in endospermic (Arabidopsis) and perispermic (amaranth) model organisms in a top-down approach. 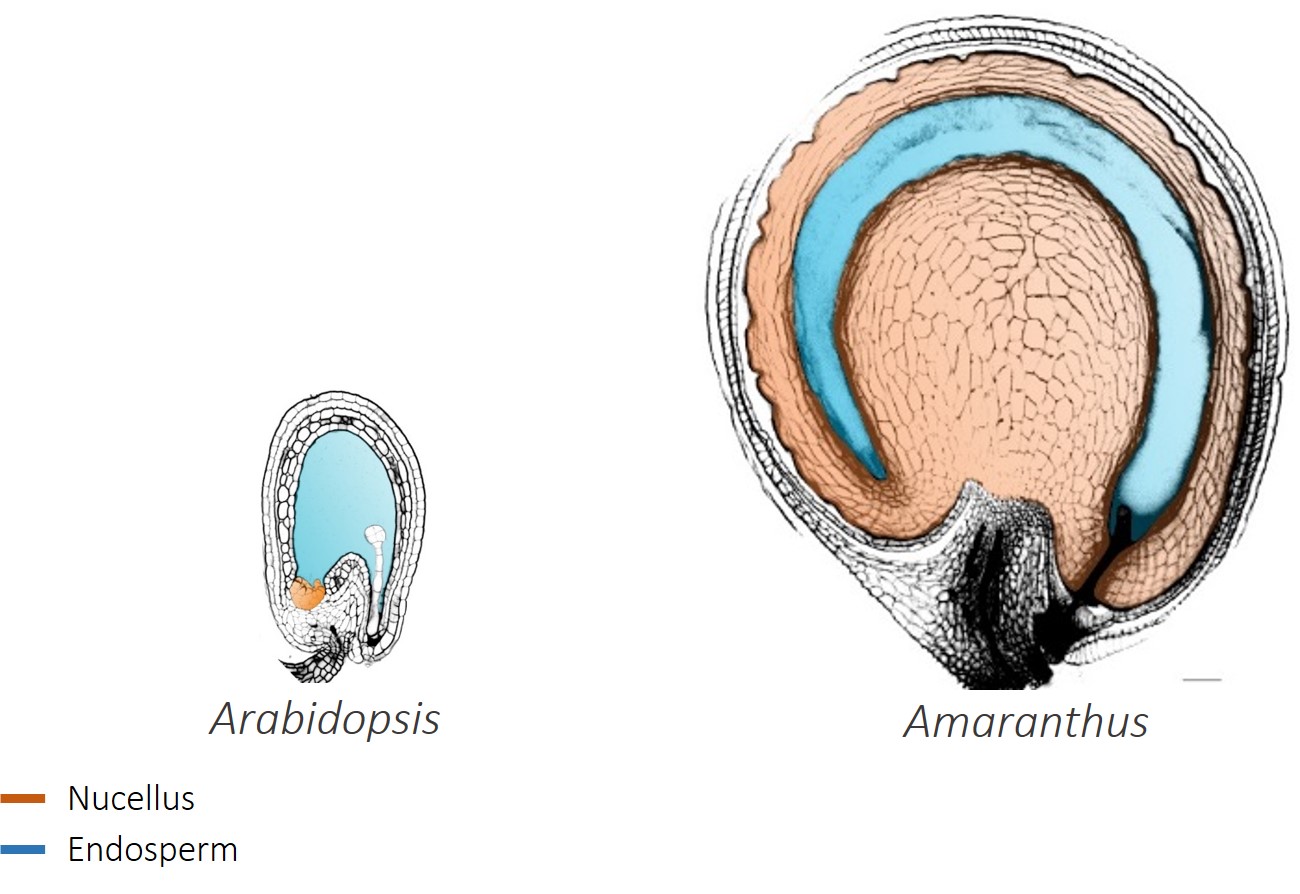 1) I exploit the power of Arabidopsis as a genetic model for endospermic seed plants. Even in such an established model organism, the study of nucellus development has been long disregarded and our understanding of the process is still at its infancy. I am addressing both the question of genetic regulation of cell elimination in the nucellus, and the cellular mechanisms underlying this process. My second aim is to explore the physiological functions of nucellus cell elimination in developing seeds.
(Project: https://anr.fr/Projet-ANR-20-CE20-0018)

2) Economic interest in perispermic pseudocereals is growing exponentially with amaranth being considered the grain of the twenty-first century because of its nutritional value close to that of casein, the standard of nutritional excellence, and its outstanding ability to grow in extremely harsh weather conditions where other crops cannot thrive. I aim at deciphering the molecular mechanisms underlying tissue and nutrient partitioning in Amaranthus perispermic seeds, where the nucellus grows bigger and become a major nutrient storage tissue instead of being eliminated, as in Arabidopsis.
(Project: https://anr.fr/Project-ANR-18-CE20-0009)

Comparative analyses of the nucellus developmental programs of Arabidopsis and amaranth will allow us to start dissecting the evolution of the seed habit. 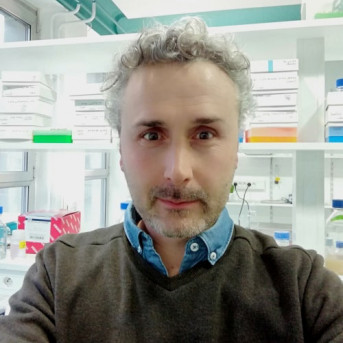