We study genetic and epigenetic mechanisms put in place by plant cells to identify and silence invading sequences of endogenous (transposons) or exogenous (pathogens) origins.
GENOMES SMART CROPS Genome Editing Epigenetics Reproduction Stress
We also study reprogramming and transgenerational inheritance of the plant epigenome, with a focus on transposon silencing in pollen and genome dosage responses in hybrid seeds.


Biological Question
Genomes are constantly exposed to various types of threats, which require concerted actions to preserve their integrity and functionality. We are particularly interested in understanding how:
- DNA damages caused by genotoxic stresses are repaired in a way that preserves both DNA sequence and chromatin integrities.
- Endogenous aberrant RNA resulting from transcription, maturation or translation defects are eliminated without affecting functional RNAs.
- DNA and RNA from invasive endogenous (transposons) or exogenous (pathogens) elements are eliminated or kept in check via the action of small RNAs produced by the cell in response to these invading nucleic acids.

In addition, in many angiosperms the inability to hybridize closely related species or parents with different ploidy is often associated with failure in endosperm development and seed collapse. The endosperm is particularly sensitive to parental genome dosage, and a correct balance between maternal and paternal alleles (2m:1p) is essential for genomic imprinting and proper endosperm function. In crops and in the model plant Arabidopsis thaliana, interploidy hybridizations with paternal excess normally result in endosperm over-proliferation and seed abortion, which is known as the “triploid block” response. DNA methylation and transposon-derived small RNAs are involved in this process, but the mechanisms remain largely unclear.


Models, tools and methods
Our group started deciphering the molecular mechanisms underlying epigenetic silencing in the early 90’s, leading to seminal contributions in the RNA silencing field, including the discovery of the existence of a mobile silencing signal and the identification of the first mutants of Arabidopsis impaired in post-transcriptional gene silencing (PTGS). We showed how essential is PTGS for developmental and for defense against viruses (see images). Then, we revealed that another RNA degradation pathway, RNA quality control (RQC), which specifically eliminates aberrant RNAs, acts as a first layer of defense and prevents the entry of endogenous RNA into PTGS, which would be deleterious for the plant (see image). Our objective is now to elucidate the interplay between RNA silencing, RQC and other pathways, including DNA repair, chromatin remodeling, RNA splicing, RNA export, etc.

We also aim to elucidate the mechanistic basis of triploid seed collapse mediated by DNA methylation and small RNAs, by using comparative transcriptome and epigenome profiling in different cell types before and after fertilization. Pollen is the male gametophyte of flowering plants and is formed after meiosis by two subsequent rounds of mitotic division, to originate two haploid sperm cells (male gametes) and one vegetative cell (companion cell). One sperm cell will fertilize the haploid egg cell in the embryo sac (female gametophyte) and give rise to the diploid embryo, while the other sperm fertilizes the diploid central cell to form the triploid endosperm. The two parental genomes in the endosperm have distinct epigenetic features that are pre-established in the gametes, leading to parent-or-origin gene expression, or genomic imprinting.

Triploid plants have larger organs, higher biomass and stress resistance, and may also reduce or eliminate the risk of spreading non-native crops outside cultivated areas, as they tend to be sterile and seedless. Therefore, triploid plants have a great economic value to develop new plant varieties with agronomic interest. 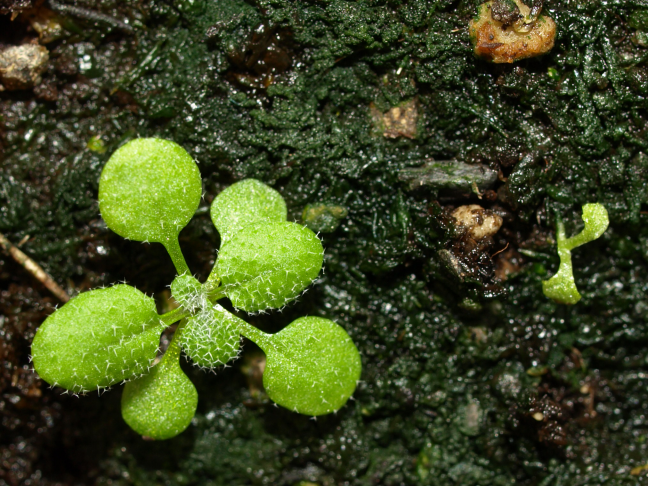 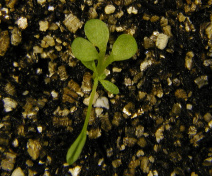 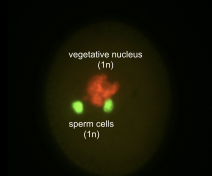 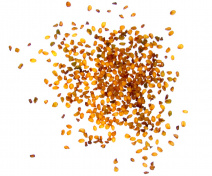 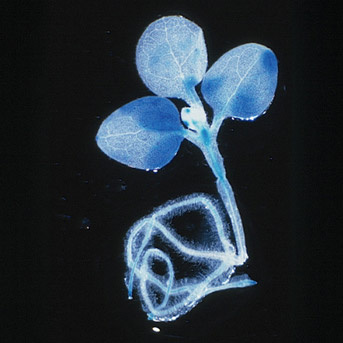